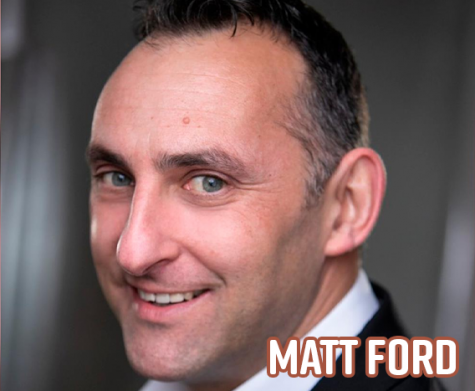 Matt Ford sings with the Strictly Swing Big Band fronted by the legendary Bryan Pendleton of the original Syd Lawrence Orchestra and is assisted by female vocalist Simone McGregor.

The Strictly Swing Big Band, originally formed by Simone McGregor, is a seventeen piece big band under the musical direction of Bryan Pendleton. Bryan is supported by an outstanding selection of highly accomplished musicians and together they will pay tribute to the greatest swing bands of the era including Miller, Basie, Dorsey, Goodman and more.

Matt Ford, as seen on TV with the John Wilson Orchestra at the BBC Proms and voted the UK's Best Male Big Band Vocalist, is our featured guest and will be performing a variety of popular songs from the Great American Song Book

Simone adds even more variety and glamour with hit songs from Peggy Lee, Rosemary Clooney and many others.

The programme features some great new arrangements from Bryan Pendleton as well as a special tribute performance to George Shearing.

Matt Ford's full biography can be found at:- www.mattford.info