"The Windy City Weatherbirds are a sextet of young jazz musicians based in London, inspired by a mutual love for Chicago Jazz - in particular the music of Bobby Hackett, Jack Teagarden, Louis Armstrong, Muggsy Spanier, Sidney Bechet and Wild Bill Davison to name a few of the group's heroes! The band was started during time spent studying at Trinity Laban Conservatoire in Greenwich."

Magnus Pickering (Band Leader) - Cornet/Vocals
As well as leading the Weatherbirds Magnus is one of the most in demand freelance jazz cornet and trumpeters in London and has performed with musicians such as Ewan Bleach, Brandyn Shaw and Alex Mendham and his Orchestra.

Joe Pickering (Clarinet/Saxophones)
The youngest member of the band - who actually plays the most instruments! Joe is currently a member of the National Youth Jazz Orchestra, with whom he has recently toured the UK performing music as diverse as Count Basie and Amy Winehouse. 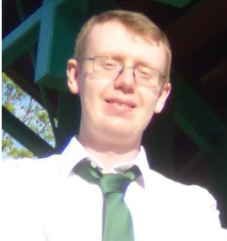 Daniel Pickering (Trombone)
As well as playing trombone, Daniel handles the admin side of the group. He previously spent three years working as a professional musician for Royal Caribbean Cruise Line before moving to London in 2019 to get involved in the busy freelance scene. 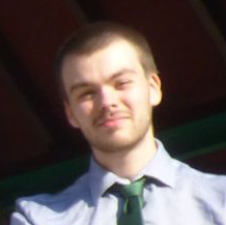 Harrison Dolphin (Guitar)
Harrison is a guitarist whose work is called for in all areas of the British jazz scene. Aside from performing with the Weatherbirds he is also bandleader to his renowned trio and quartet, in-demand as a sideman and touring with NYJO, he has performed among many of the UK's best jazz musicians and venues.

Chris Hyde-Harrison (Bass)
When not performing with the Weatherbirds, London based double bass player Chris Hyde-Harrison can be found playing with his own quartet Estraven, Samba band Sugarcane, Ensō Swing Band as well as a variety of other projects. 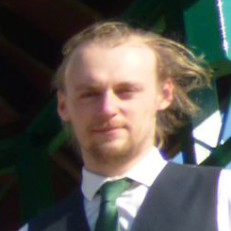 Adam Merrell (Drums)
Adam Merrell is a highly versatile drummer with open ears and an open mind interested in all meaningful and beautiful  music. One of his passions is playing music for dancers. Adam has been involved with some of the leading lights of the UK music scene, including Martin Speake, Tom Challenger, NYJO and Morsyca, and has performed at prestigious venues like Ronnie Scott’s, Cafe OTO and King’s Place."