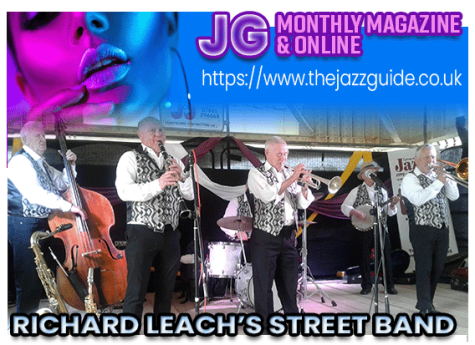 Richard Leach (trombone)
A professional jazz trombonist based in Worcestershire, England. Richard’s various musical activities acknowledge his contribution over the last 50 years of performing on the jazz scene around Europe and the UK.

Hungarian by birth, Zoltan attended the Guildhall School of Music studying clarinet.
He is completely self taught on saxophone drawing much inspiration particularly from JohnnyHodges,Cannonball Adderley and Stan Getz. Zoltan spent his early professional playing career in dance bands and in the New Orleans jazz genre playing alongside Dan Pawson and also performing at festivals both here and abroad.
After this came a period of success in the field of music education. A return to fully professional playing saw a near 3 year stint with Chris Barber touring the world extensively.
He has made numerous C.D's, and other recordings as a freelance session musician and has also appeared with such musicians as Earl Warren (ex Count Basie), Benny Waters, Kenny Davern, Bob Wilber, Humphrey Lyttleton, Roy Williams, Bruce Turner, Marty Grosz, Digby Fairweather, Duncan Swift, Bruce Adams, Greg Abate (ex Ray Charles) etc. Zoltan has played with many bands over the years, most notably, Harlem, Swing Syndicate, Pasadena Roof Orchestra, The Sticky Wicket Swing Orchestra, Kenny Ball and The Charleston Chasers 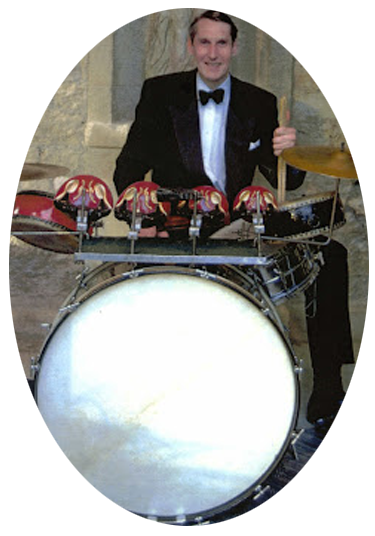 A superb drummer who is in constant demand; he is also one of Britain’s finest exponents of vintage style jazz drumming, playing in many UK bands. Recent bands include Keith Nichols, Martin Litton’s Red Hot Peppers, New Century Ragtime Orchestra, Fryer-Barnhart International All Stars. He also deputises with many other bands. Nick has a selection of percussion instruments, including two Premier drum Kits, both dating from the 1930s. The one kit dates from 1934-37, and the other from 1937-1938, plus other individual bass drums, snare drums and Chinese tom toms, and temple blocks, all dating from the 1920s as well as a large collection of cymbals also from this period. He also has a Boosey and Hawkes “New Century” drum console dating from 1934.